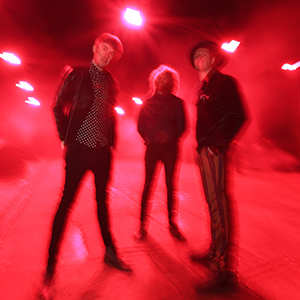 Back in February the band played yet another sold out show in their hometown of Birmingham. Little did they know that it was going to be their last performance for quite a while.

However, the lads kept busy during lockdown. They wrote, recorded and released a new track ‘Four Walls’ which secured a number of BBC Introducing plays.

Now that live music is slowly returning, The Good Water have jumped at the chance to perform to a small seated audience at Digbeth’s Dead Wax on 5th December.

“If you like old school 60’s psych, bands like The Coral, you’ll love this.” – Steve Lamacq BBC 6 Music

Watch the video to ‘Tell Me What To Do’ here: 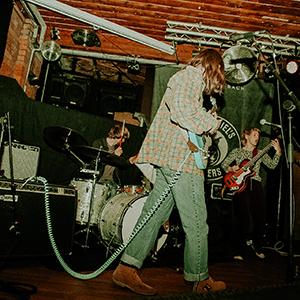 The Bug Club touch upon blues, psychedelia, punk and what could be described as quality pop music. Tilly Harris (vocals and bass guitar), Sam Willmett (vocals and guitar) and Dan Matthew (drums) would not wish to be concerned with such broad description. Instead are most happily labelled Rock. The trio formed in South Wales in 2017. 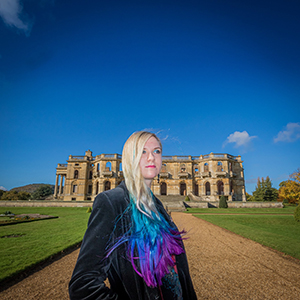 “Firstly, you notice the hair. Long, flowing and daubed in rainbow colours it’s like all the magic of Glastonbury Festival rolled into one haircut.” – Leigh Sanders, Express and Star

Delivering a mixture of musical influences, Chloe Mogg creates a spacious journey that will take you through all the emotions of music. As a young singer-songwriter with “parrot” hair, she brings life and colour to her performances.

Known for her quirkiness and smile, she haunts the audience with her ability to tell a story with only her voice, guitar and ‘strange’ effects. With influences from Jeff Buckley, Nick Harper, Alanis Morissette and Marika Hackman to name a few, Chloe showcases a wide range of inspirations.

Currently, the songstress is in the recording process of her debut album, the debut album will see all her influences in one place and will become her most diverse work yet.