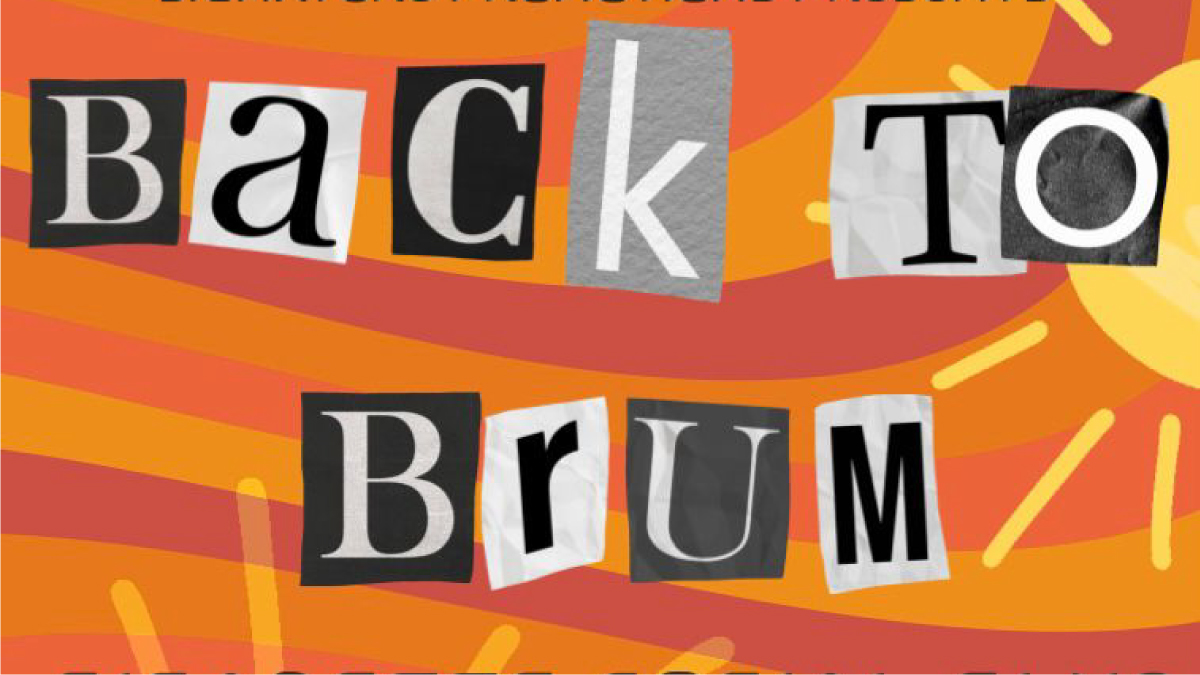 BACK TO BRUM 24/09/2022 at The Castle and Falcon. Back to Brum welcomes West Midlands artists and bands back after a successful festival season over the summer. Come celebrate with us while listening to this wicked line up of some Birminghams best talent. On The 24th of September there will not only be live music but also stalls of crystals, band merch and much more (TBA). There will also be a late night after party (11pm-late) for over 18s hosted by the one and only Pearce Macca from The Clause. Get yourselves down. £10 advance tickets.

Cigarette Social Club– After only being together for 16 months, formed by lead guitarist Lukas Doughty and vocalist Harry Bott, they’ve already accumulated over 105,000 streams on Spotify and bring a great live presence. Having recently opening at Gloucester Guildhall (440 capacity venue), they’ve proved to be comfortable in larger venues, as well as alongside progressive, larger acts, with the likes of: The Luka State; The Rills; Second Thoughts; Bilk and many more.

Cigarette Social Club have been gigging across the southwest this year, including Birmingham, London, Cheltenham, Bristol, Gloucester & Exeter. They’ve recently recorded three new singles out of London, as well as a music video and merchandise to be released alongside in Early

September. With this momentum, they’re looking to build and expand by way of their tour up and down the UK.

Bright and sunny and positively beaming with power-pop radiance, it’s a bit Artic Monkeys, a bit Replacements, maybe a touch Pixies, the kind of record that sweeps you along helplessly on wave after (new) wave of melody and hooky choruses.” – Classic Rock

The debut record Primary Colours is like a blur of The Ramones style energy and melody with a dark, gritty story teller nature akin to Elvis Costello or The Clash. ‘Primary Colours’ is just that, a wash with brightness and contrast, the songs vibrant nature jumps from the track and into the listeners ears, heart and mind. The confidence and songwriting ability is that of a band so much older and with a lot ‘more’ under its belt.

During the Summer of 2022, LOVEBREAKERS have been on the road supporting punk rock legends, Social Distortion across the UK and Europe.

Lloyd Ballard is a Singer/Songwriter from Warwickshire, UK. Taking inspiration from artists such as The Kooks, The Enemy and other alternative indie bands like DMA’s and The Lathums, his music delivers meaningful lyrics with a youthful drive.

TOMMY has had a very successful summer while performing at multiple festivals and in Paris. Tommy was also a support act for Miles Kane in Stockport in July. His new single “Uninvited Attention” has also been featured on BBC Introducing.

Blush Puppy– Combining a love of 90’s grunge and the modern rock landscape, BLUSH PUPPY deliver an unparalleled blend of riff heavy, harmony filled rock that leaves you with a slap in the face. Formerly known as Free Galaxy, the Coventry based trio comprised of daredevil drummer and dual vocal guitarists, they are reborn and offer nothing but a raw and something performance capable of turning any room into an electrified pit on energy. Having previously shared the stage with acts such as Frank Iero, Bloody Knees and Airways, BLUSH PUPPY are ready to be let off the leash.

Myles Cheshire is an artist from Coventry in the West Midlands, providing meaningful lyrics layered over charming melodies. Taking inspiration from the likes of: Oasis, The Rifles, Jamie T and Gerry Cinnamon. Having played at multiple venues across the UK, he made his official debut with Corridors and Faith, available on Spotify and other streaming platforms. Myles will be releasing new music in the near future.

Neve Georgette is a 20-year-old singer-songwriter from Birmingham. Aiming for success after booking a spot on stage alongside some of her favourite Brummie artists, the influence of alt-indie sounds creates her tongue-in-cheek characterisation of her music which she looks forward to sharing with anyone who is “down for a boogie”

Plus a late night DJ set by Pearce Macca from The Clause! 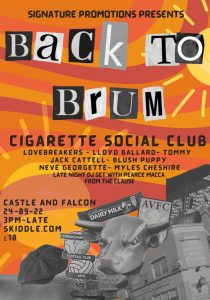