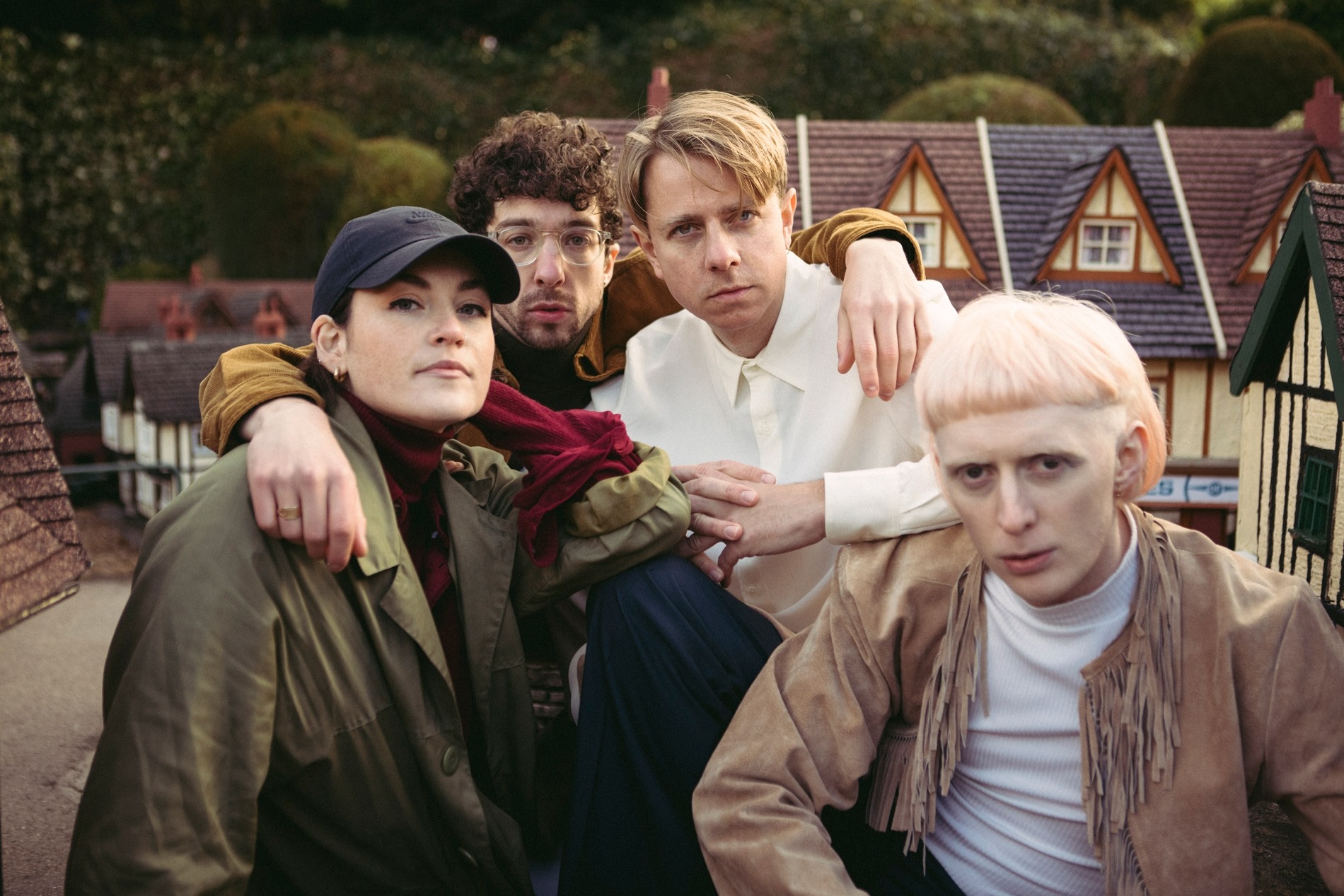 On their debut album ‘Wabi-Sabi’ CHILDCARE presented songs about self-improvement and self-acceptance. Around its release, they entered the lexicon of wellness, deploying post-yoga wellbeing events and facilitating unique group meditation seminars in support of the record.
This time around, they’re putting something more universal on the chopping board – what people do. ‘Busy Busy People’ – which was recorded at Somerset’s ‘Distiller Studios’ with producer Dom Monks (Laura Marling, Big Thief, White Denim) – is a curious and imaginative collection. Fruit and vegetables sprout up through the record’s lyrics, while the group take everyday objects and elevate them into something more unusual.
Although ‘Busy Busy People’ isn’t CHILDCARE’s first album, the group say it feels more like one to them than ‘Wabi-Sabi’ did – a cohesive, intentional collection that represents who they are and where they’re heading. With an album as fresh and fruity as this one under their belts, the award for ‘best album of the year to reflect everydayness through keeping secrets, cooking and Gok Wan’ is bound to be on the menu.

Sadly Childcare have announced that they will be splitting up after this tour, so grab your tickets as this will be the last chance to see them.