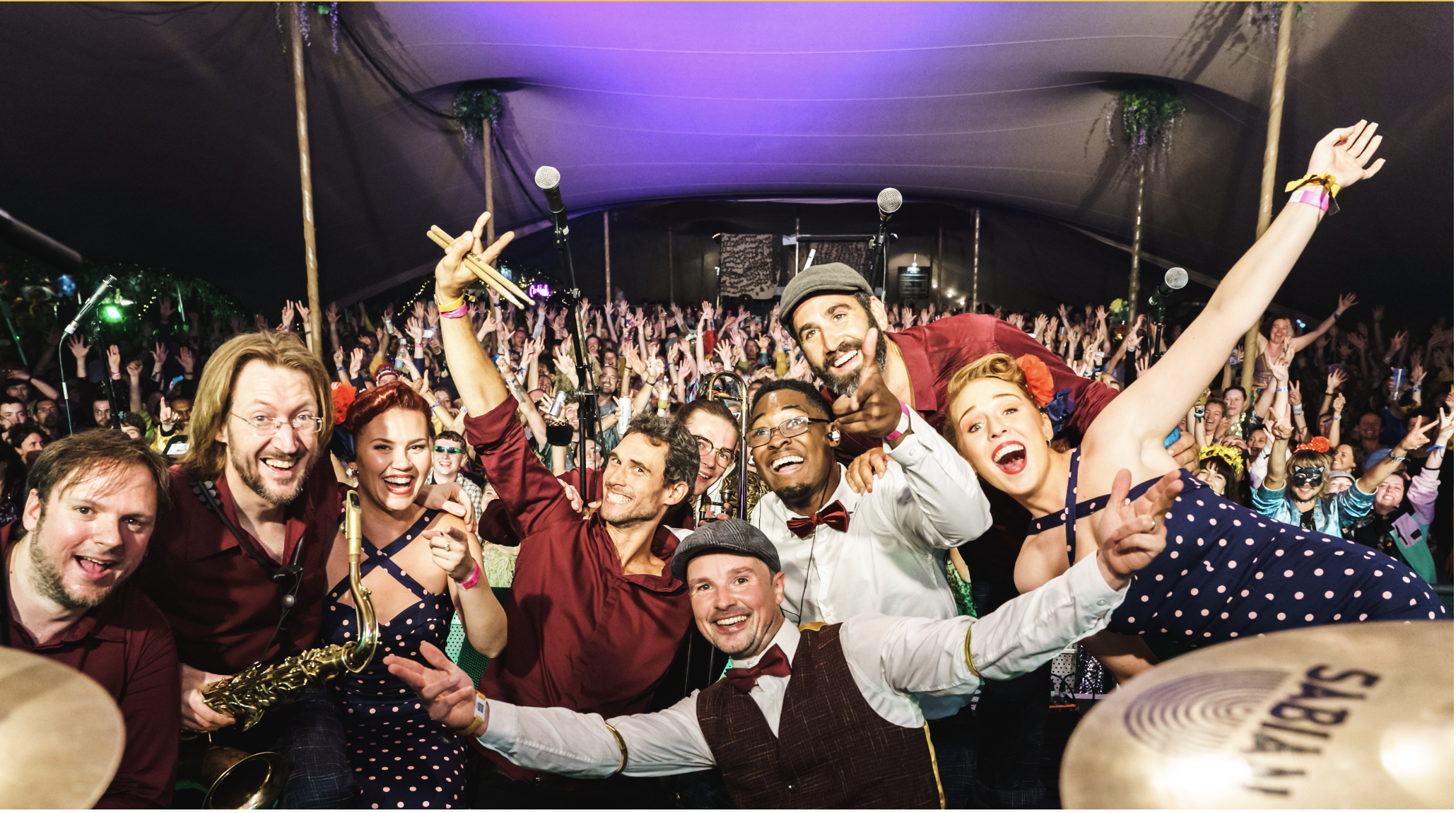 Mista Trick Collective is a 7-piece high-energy knees up 7 piece band experience.
After their huge Summer Festival Tour playing at Glastonbury, Boomtown, Wilderness, Beautiful Days, Shambala, Secret Garden Party, Eden Festival, Camp Bestival, Swingamajig & Shindig. Bristol based Mista Trick began to mix live elements into his remixes, introducing musicians, rappers, and vintage swing vocalists Elle & The Pocket Belles. This soon developed into Mista Trick Live, the on-stage performance of this renowned Swing & Bass DJ’s finest tracks, with a full live band. This musical fusion is in a league of its own, taking Swing & Bass to the next level. Mixing vintage, vaudeville vibes with distinctly down and dirty Drum & Bass, the resulting sound is like the lovechild of a wartime knees-up in an underground rave!
Mista Trick was instrumental in developing the popular Swing & Bass label as well as its own club nights at Hootananny Brixton, London.

‘You’ is the long-awaited debut album from Mista Trick. After huge success mixing vintage classics, Mista Trick took on the challenge of creating his own original tracks and adding his now trademark sound. The resulting album is energetic, eclectic, unique, and a perfect homage to the sounds of the 40s and 50s big band jazz vocal.
With four massive tracks released from the album; Do What You Do featuring Kathika (AKA Kathika Rabbit) from Slamboree, About to Blow featuring guest vocal performances from Tenisha Edwards and Blackout JA, and Drive featuring long-time collaborators Elle & The Pocket Belles.

“A musical explosion pitting vintage against urban with a spectacular result”

“The sheer quality of the live performance and the talent on show makes Mista Trick’s upcoming album a must-listen, and his live and in the flesh set a must-see.”