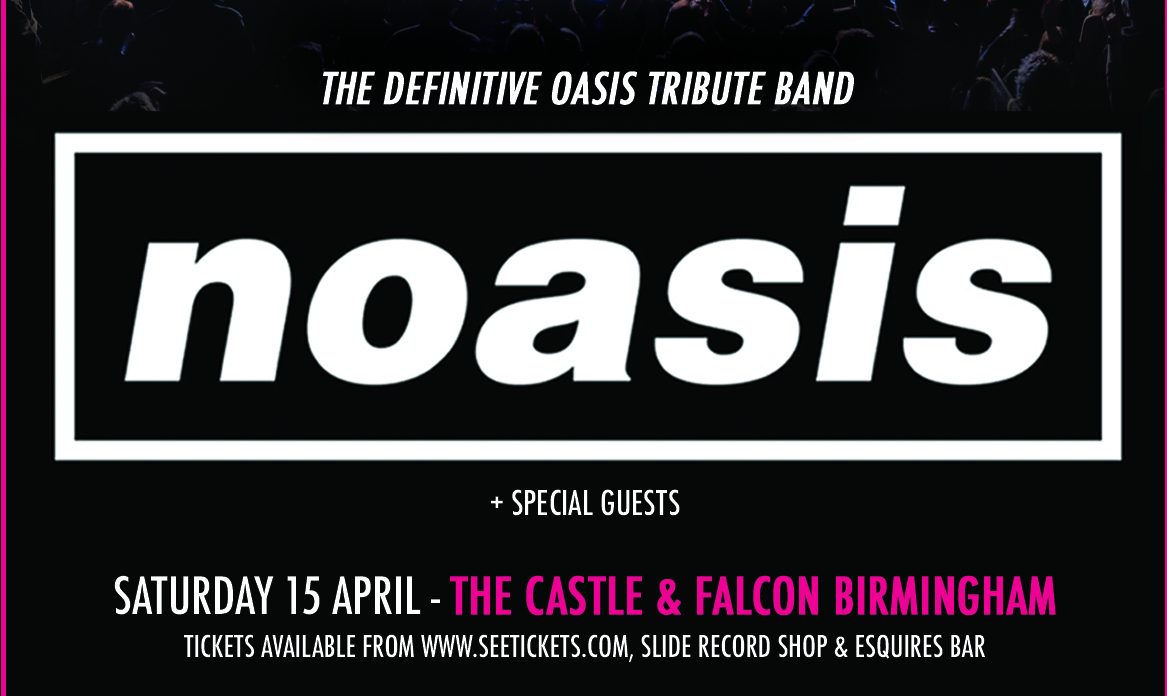 The mighty Noasis touch down in Birmingham with their debut show at The Castle & Falcon on
Saturday 15th April for one giant party and a celebration of one of the greatest bands this country
has ever produced.

Noasis is the definitive tribute band to Manchester’s five piece super group Oasis. Since their
formation in 2006 and with over 800 performances to date Noasis has justly earned its reputation as
the best tribute on the circuit packing out venues up and down the UK.

With an obsessive attention to detail the band recreates the real Oasis experience with amazing
energy playing all the classic songs as if they were their own. This is more than a tribute band this is
Oasis from a parallel universe. With a huge back catalogue from Oasis to choose from the band
create huge crowd pleasing sets taking tracks from Definitely Maybe, (What’s the Story) Morning Glory,
Be Here Now, Standing on the Shoulder of Giants, Heathen Chemistry, Don’t Believe the Truth, & Dig
Out Your Soul delivering a supersonic show of the very best Oasis anthems.

There are other tributes, there are other venues but when it comes to the sound of Oasis no one
does it better than Noasis at The Castle and Falcon.