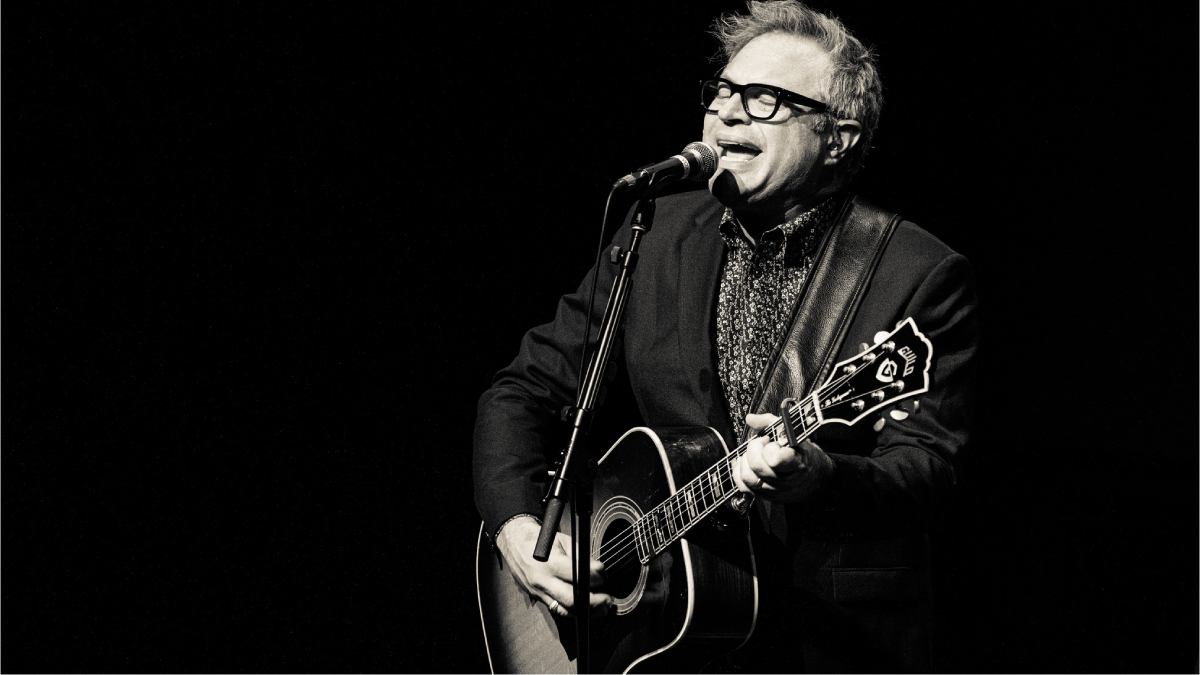 Award-winning musician, singer and songwriter Steven Page will tour the UK this September in a Trio
format with sidemen Craig Northey and Kevin Fox.
Page is a founding member of the iconic band Barenaked Ladies, with whom he was inducted into the
Canadian Music Hall of Fame in 2018, as well as being the sometime writing partner of Stephen Duffy of
The Lilac Time. Since leaving Barenaked Ladies, Steven has been touring and releasing original music
under his own name. In addition, Page has continued his artistic journey with diverse music, film, theatre
and television projects, including composing scores for the Stratford Shakespeare Festival, touring with
Toronto’s innovative Art of Time Ensemble and performing as a member of the Trans-Canada
Highwaymen.

Steven and his Trio bandmates have toured throughout Canada, the US, UK and performed classical
crossover concerts with a dozen different symphony orchestras in Canada. The band perform classic
Barenaked Ladies songs such as “Brian Wilson”, “Jane”, “Old Apartment”, and “Call &amp; Answer”, as well as
solo fan favourites like “A New Shore”, “Gravity”, &amp;“The Chorus Girl”.
On his return to the UK Steven says “I’m really looking forward to returning to the UK – it’s been a long
four years since the last visit. We’re planning on playing some new material along with lots of favourites
from the last 30-odd years.”

Page recently had a very special starring role at Canada’s Governor General’s Performing Arts Awards in
their recently televised tribute to actor and Wrexham football club owner Ryan Reynolds.  The song
Steven composed, “Canada Loves You Back” and the accompanying video became a viral hit with
proceeds to Reconciliation Canada. Watch the video for “Canada Loves You Back” with Ryan’s reactions
here https://www.youtube.com/watch?v=nXulsCU1geg

As a mental health advocate, Steven Page has spoken extensively about his own journey through
speaking engagements, appearances, podcasts and interviews, and to coincide with the UK tour
announcement Steven will receive an honorary doctorate from Canada’s Laurier University.
When in-person shows halted in 2020, Steven Page’s Live From Home concerts kept him engaged with
fans performing over 80 shows and brought a community of followers together from around the world.
Steven’s sixth solo album will be released this Autumn.